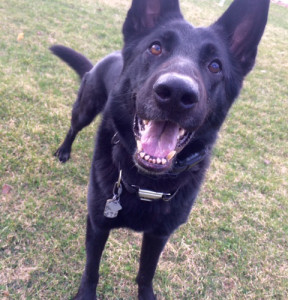 Did you know every single day, they are questioned by society… “oooh that’s a big dog…is that a german shepherd?” “Wow, what a well behaved Pit bull.” “Don’t get in the German shepherds face, Spot.” “Maybe we should go…” Yes, they are big dogs. Yes it’s a Pit Bull. Yes DOGS should never greet each other face to face. Yes they just walked into the park. What does their breed really have to do with it? Believe me I see uneducated dogs with lack of structure, lack of exercise with behavior concerns all the time. But they aren’t JUST the breeds listed above. It’s every dog from the Yorkshire Terrier, to the Irish Setter. Most likely that German Shepherd or Pit Bull wouldn’t be at the park or off leash if it was not friendly. (Not saying it doesn’t happen, it sure does) But  while your focused on the German Shepherd playing with the other dog or fetch with its owner and worrying about that scenario…The Springer Spaniel behind you just attacked your dog for going near it because it was being territorial over a stick. When your out with your dog you should be watching EVERY dog, and ALWAYS watch your own dog. Not just the Pit bull and the German shepherd. When you see someone go to put their dog on the leash because the pit bull walked into the park, ask them why? These dogs have just as much of a right to walk down the street or be at the park as any dog. One day my hope is that they can walk into a park and not be judged and questioned. And the more people we can raise awareness too the better. EDUCATE!!!! Read up on dog behavior, canine body language, training tools. Spread the word — These dogs are perfectly capable of being good dogs, just like any other breed. There should be no stereotype. No stigma. That is all